Rendering Tip - Use Self Glow for backlit objects

Use Self Glow for glowing objects 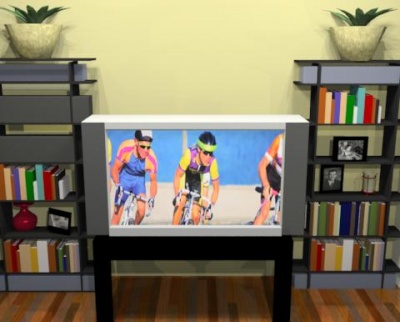 Self glow applied to television screen.

Self Glow illuminates a surface as if it had light shining on it, without actually making it a light. For objects which you want to appear bright, but which don't need to illuminate other objects, this is much faster than making lights out of them.