White Walls and White Backgrounds are often a challenge. Here are some tips.
Keywords:

Recently on our Forum, we received this query:

How can I make Walls or other surfaces whiter?

We often get requests for information on how to make walls, ceilings, or objects being rendered look "Whiter". White Walls and White Backgrounds are often a challenge, because illuminated items in the real world are almost never pure white. Whereas "pure white" is used often in computer images.

Here are some tips.

White that we see in computer images isn't always realistic.

Some walls in the real world aren't as "White" as we think they are. For instance, if we stood in front of the white wall with a very bright flashlight, would the beam of the flashlight be even "whiter". If so, then the wall wasn't really "white", but rather we perceived it as whiter than it was.

Here is a typical rendering of a room with white walls, illuminated by artificial lights. 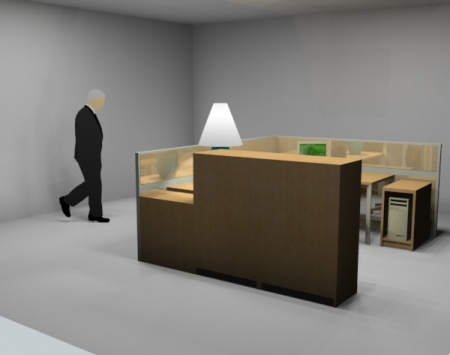 White walls which appear gray because they do not receive enough light.

It is actually fairly realistic, but often we feel that the walls are just not white enough.

You can make walls whiter in IRender nXt using a combination of Self Glow and the Brightness Slider .

(Mathematically, we can't make a surface any whiter then pure white (RGB 255,255,255). - So if a wall s not 100% fully illuminated, then we have to make it a little less white (gray) in order to allow more white for other objects. This is what makes some scenes too grey.

Here I have use a Paint Program to make the walls completely white.

This is not really the effect we want either - since both walls are pure white the natural darkening near the corner is washed out. 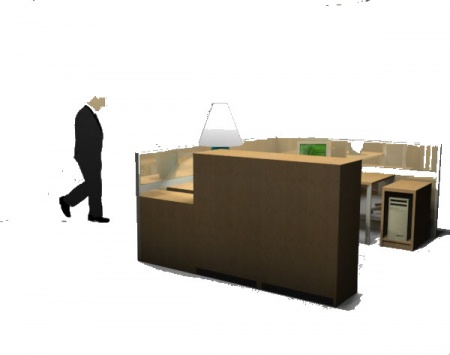 Here I increased overall brightness by 10%.

That made the walls "whiter", but if I ran brightness all the way up, the rest of the scene would wash out. 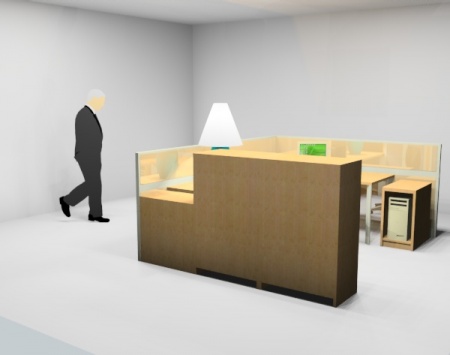 Another way to make a single object brighter is to apply self glow to the material on the surface. Here I placed a face on the wall with the same white material, but gave it a 20% self glow. This make the rectangle more white, as if it had more light shining on it. (Self glow is available on the glow tab of the material editor. Note: Self glow makes the surface brighter, but does not treat it a s light source) 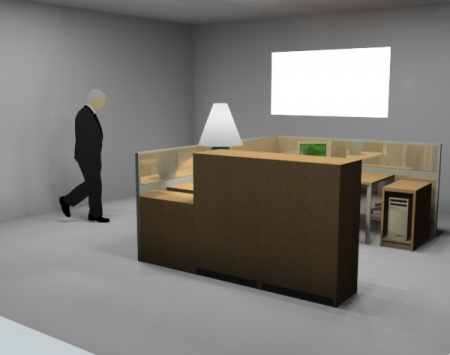 Panel on wall with Self Glow

Here I applied a 15% self glow to both walls. This made the walls lighter, but the automatic "photometric" lighting adjuster darkened the rest of the scene to compensate for the bright walls. (This can be turned off by locking the Automatic Luminance .) 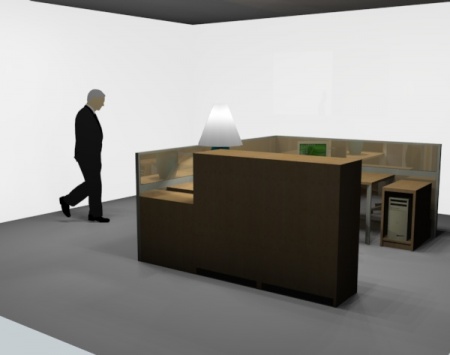 Self Glow on Both Walls

So finally, I adjusted the brightness slider at the top of the screen to make the whole image brighter:

I think that with a combination of self glow and the brightness slider you may be able to get close to the effect you are looking for. 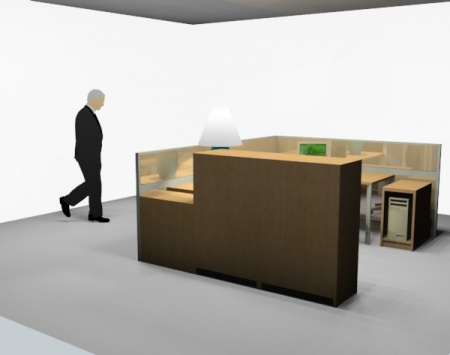 Self Glow and Brightness

Note: Lighting channels will make this easier - their is one lighting channel which adjusts the self glow with a slider bar, so you can adjust self glow and overall brightness after the rendering is complete.

Boothy pointed out that you can also make quick adjustments to walls using the Material/Color channels feature.

Here is a rendering of a house which we used for our first Webinar; 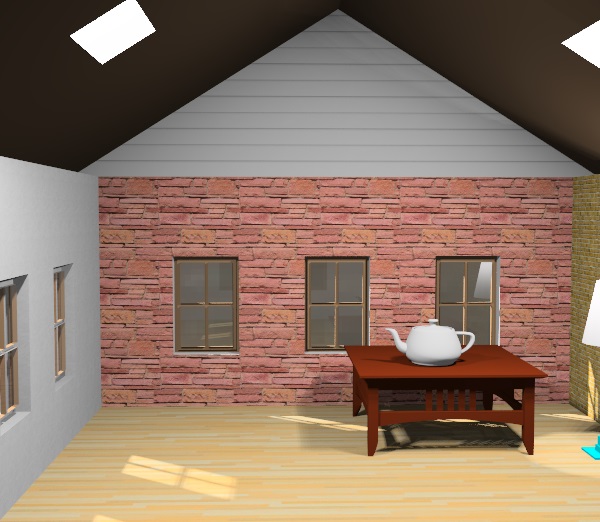 By clicking on the material in the back wall, you can select Change Color

This brings up a Wizard which lets you make changes to the color of a material after rendering.

Here I changed it to HSL (rather than RGB) mode, which lets you set the luminance of the color directly. And used the slider bar to move it more towards white. 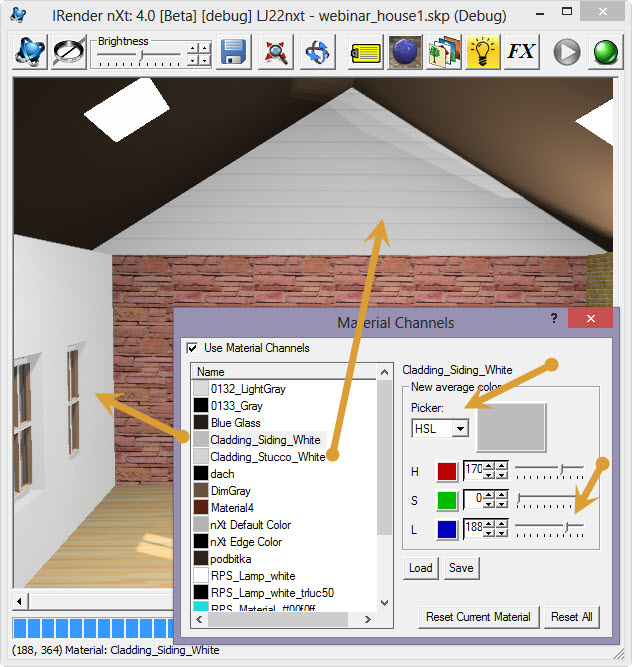