nXtRender Batch Rendering exports the model to a file, and then renders the file in a separate process.

It has 3 main uses and benefits.

These are the functions for each of the buttons on the Render Dialog Toolbar:

- Load the About dialog

- Save the rendered image to a JPEG or PNG file. See: Saving Rendered Image

- Zoom All - This button will toggle the render display between showing the actual pixels and filling the current window.

After changing Setup Options or Materials, use the Start Render button

to see the changes.

- Light Balancer - adjust the intensity of sun, sky or groups of lights directly. 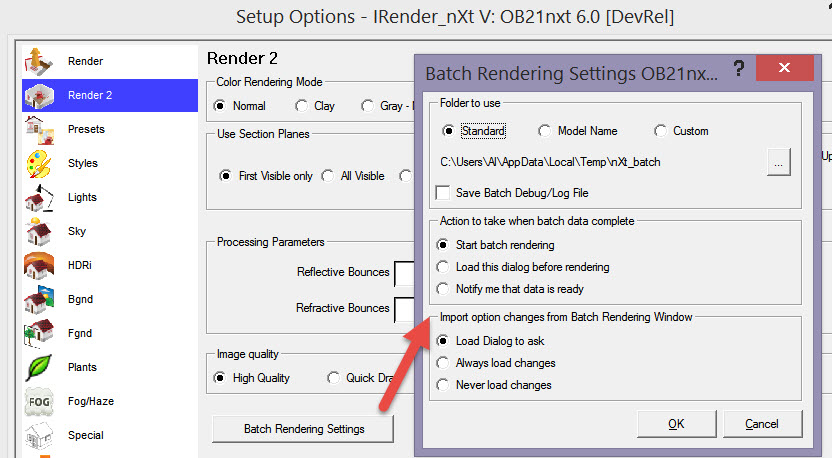 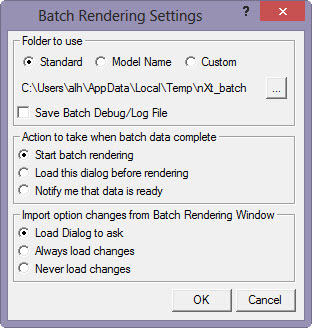 When you make changes to your rendering settings, materials, etc. from the Rendering window, these can be reloaded back into SketchUp. (Assuming you are still working on the same model in SketchUp).

This message will appear if you check: Notify me that data is ready on the Batch Rendering Setup Dialog.

After extracting the data from the SketchUp model, you can access the entire folder containing the rendering information and files across a network, or copy the folder to a thumb drive or another machine and use it to render the model.

nXtRender: You do not need to license nXtRender on the Remote Machine.

You can edit materials or options in the Batch Renderer, and re-render the model without returning to SketchUp and then reload the changes back into SketchUp.

You do not need a license for a Batch Rendering machine.

You need a license for each machine which is running the 3D Modeller and wants to access nXtRender from within the 3D Model.