Soft Shadows is a tool in SpaceDesign to create an image from SketchUp with softer shadows from the sun.

This is accomplished by merging images with sun sun set to slsightly different dates and times. 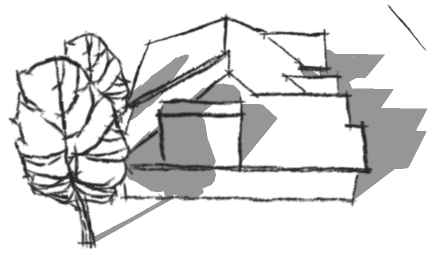 This is a SketchUp model using a Sketchy Style. However the shadows are too harsh. 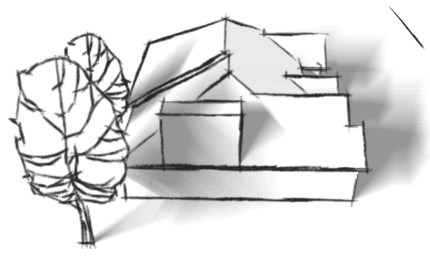 This is the same model processed by SpaceDesign Soft Shadows. 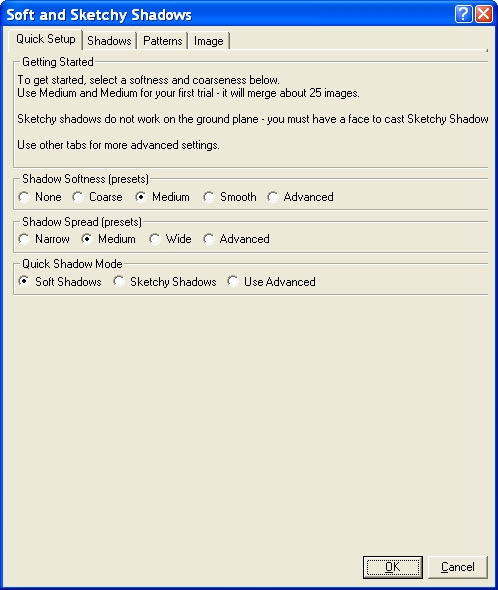 To get started, select a softness and coarseness below.
Use Medium and Medium for your first trial - it will merge about 25 images.

Use other tabs for more advanced settings.

Presets The Shadows Tab provides a set of presets for Softness and Width of the shadow images. 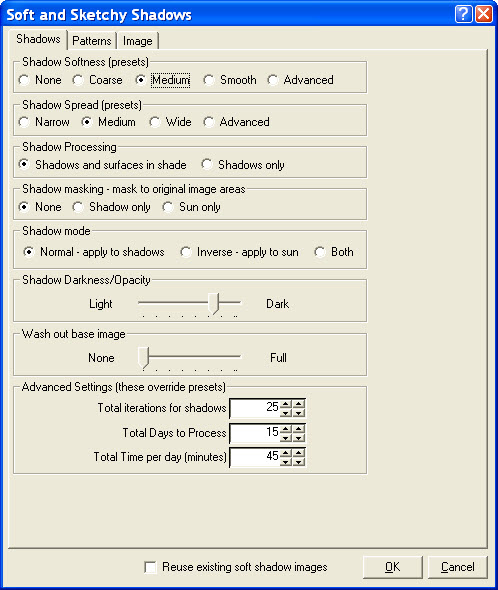 Shadows and surfaces in shade - all areas not in direct sun will be treated as shadowed areas.
Shadows only - only areas which have full shadows when the sun is on will be processed.

None - all shadows are merged to create the soft shadow image.
Shadows only - mask to original shadow area

Will only soften shadows where shadows appear in original image.

(Otherwise soft shadows will make the overall shadow area larger.)
Sun Only - soft shadows are only processed in areas originally not in shadow. 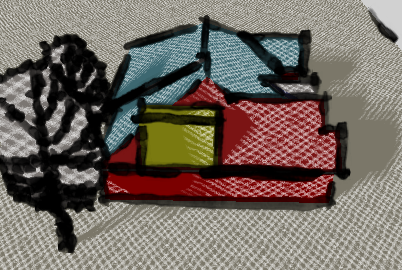 Darkness/Opacity This changes the darkness of the shadows. the shadow pattern will be partially transparent, allowing the colors below it to bleed through. 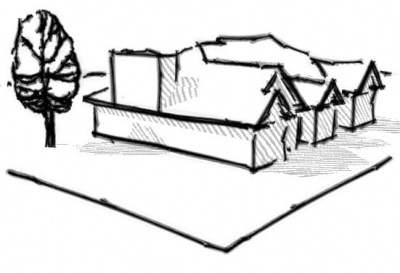 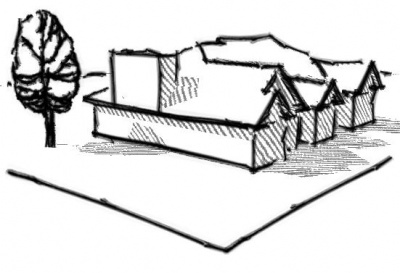 Wash out base image Makes the base image lighter, before applying the shadow texture. 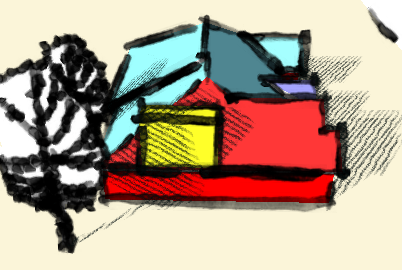 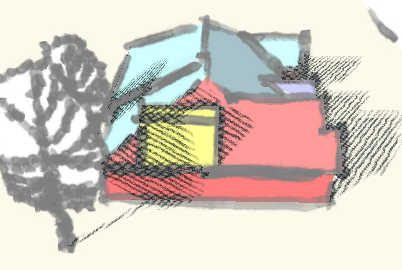 If set to 0, then time iterations will not be used. 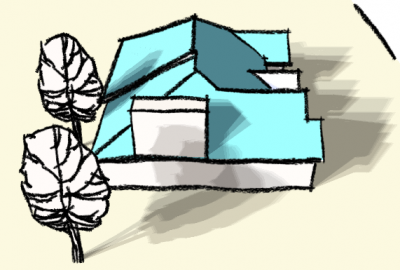 This, somewhat crude, image was created with 3 iterations (9 images), 2 days per iteration, and 30 minutes per iteration.
(A "crude" image like this will work OK for Sketchy Shadows.) 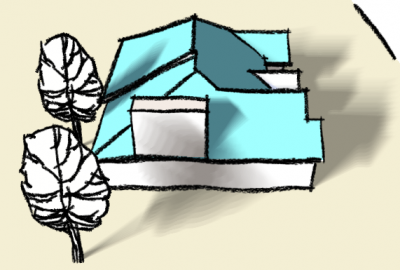 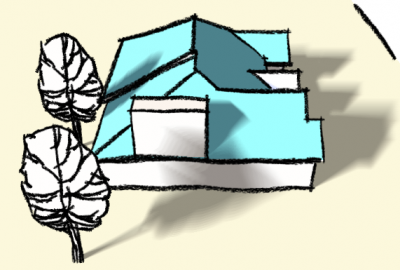 This image was created with 10 iterations (60 images - because date iteration was only 0.5), 0.5 day per iteration, and 5 minutes per iteration. 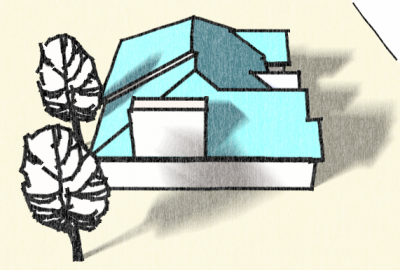 Soft Shadows also works with watermark SketchUp styles. This image was made using the NrpTools Crayon style. The watermark mostly, only appears in the dark, (shadowed) areas of the model.

Use only full shadows 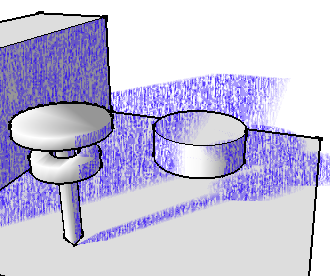 All areas not in direct sunlight treated as in shadow.
(Use only full shadows unchecked)
(Image is using Chipboard Shadow Color Mode and Blue color) 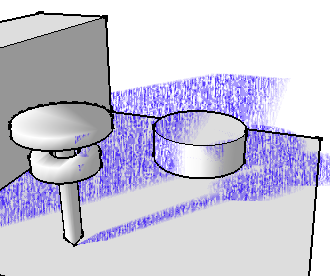 Only area darkened when sun it turned on treated as in shadow.
(Use only full shadows checked)A
Wall which is technically in the shadow of the sun, is not treated as a shadowed area.

You can specify a Chipboard texture, or you can select an image to use as a texture. The texture image will be applied to the shadows directly, and not applied to the surfaces in your model. This means that the texture will not rotate to match surfaces, and will not get smaller in the distance.

Here is a sample of a Soft Shadow pattern, and a similar Sketchy Shadow material. 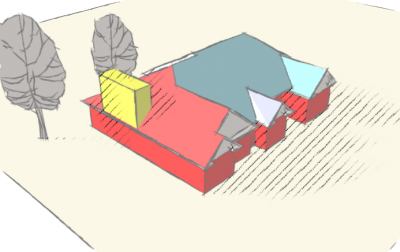 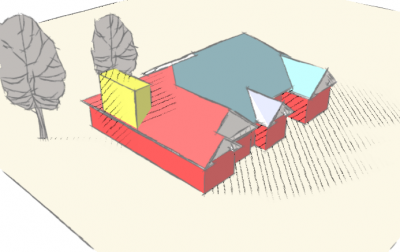 Sketchy Shadow Texture - pattern is applied to model first, and then to shadows.
Note that the pattern changes to match the planes of the surfaces in the model, and that the pattern gets smaller as it moves away from the eye.
Scale factor 1.0

Check Mask to original shadow area to achieve this effect. 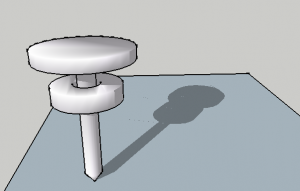 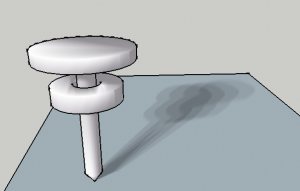 Soft Shadows over a wide area. (I used just a few iterations so you could see the effect better 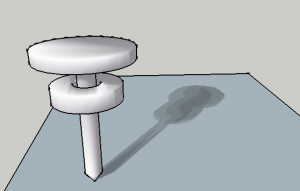 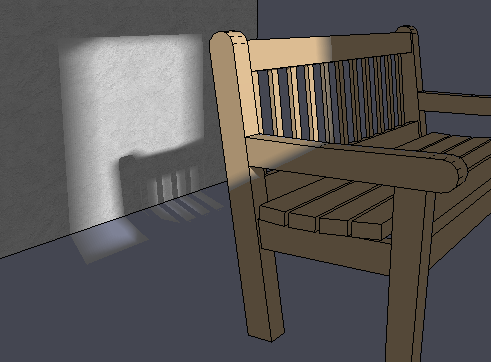 Soft Shadow effect masked to area already lit by the sun. You get a sharp boundary, but a soft effect for the sunlight itself. 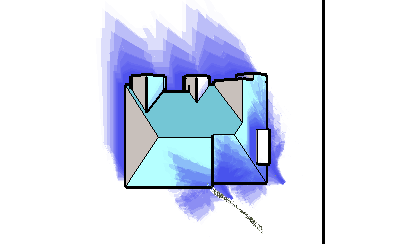 Use with Sketchy Shadows 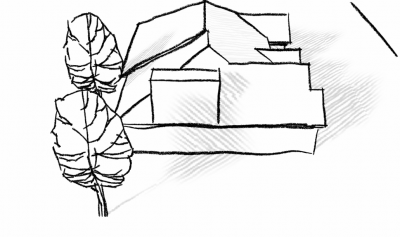 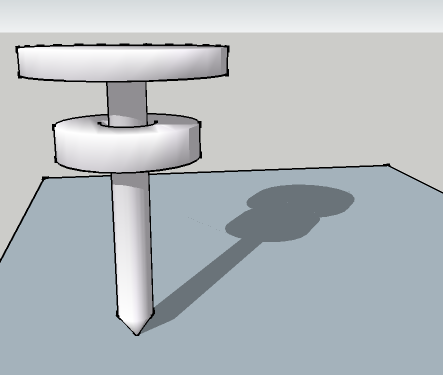 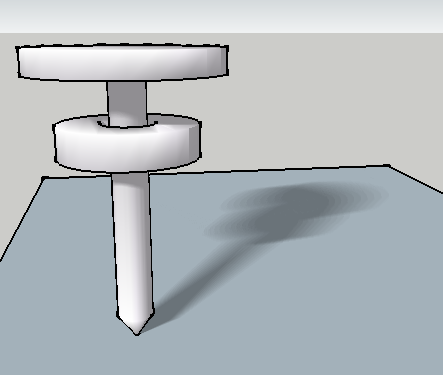