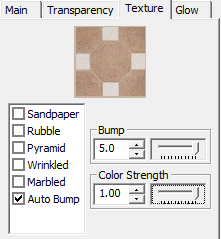 The Auto Bump Map option on the Material Wizard creates a bump map (automatically) from the SketchUp image on a material.
(This will be replaced with a slider bar - for bump intensity - later. But we wanted to get something implemented now and add the slider bar later.) 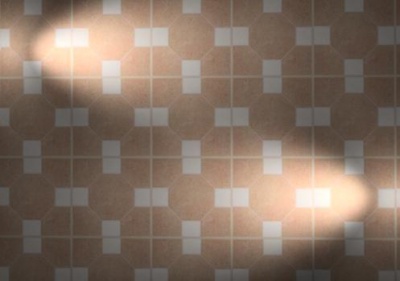 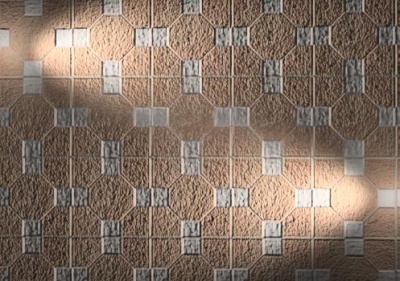 Note. This concept - using an image to create a bump map of itself is not really correct. It make the dark parts of the image seem depressed and the light parts raised up. However, many people and many rendering systems use it because it create a 3D effect for some materials.

Here is a better example, using a depth oriented bump map, rather than just an image to create the bump effect. 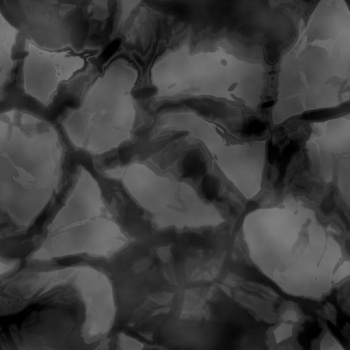 Stone bump map image.
Note: It does not look like a photo of stone, because the light and dark areas represent depth and not illumination. 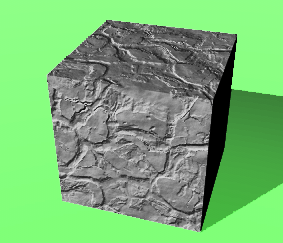 Stone bump rendering in IRender.
It produces a very realistic stone effect. Notice the subtle difference in shading between the front and the top.
(Based on the angle of the light.) 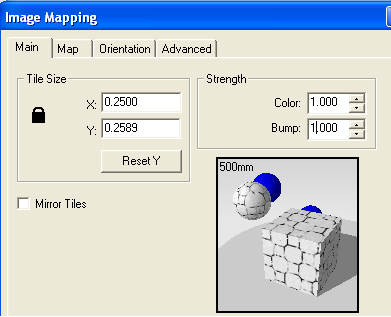 The IRender nXt Material editor can create Bump Maps with underlying textures (beside the bump map) and other special features.

There are two ways to do bump maps.

With IRender nXt, you can use the nXt material editor to create your own materials, with many additional material features, including bump mapping. 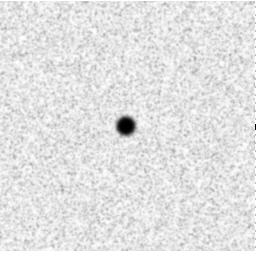 The bump map applied. The black dot was added to demonstrate a large bump effect. (The darker the bump image, the more the bump) 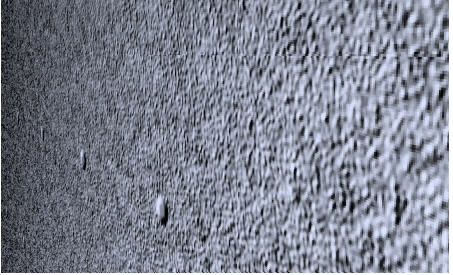 A close up rendering of the bump-map wall. You can see the bump effect more dramatically. Bumps do not create new geometry which sticks out of the wall. But they do effect lighting by creating a shadow effect around the bumps.