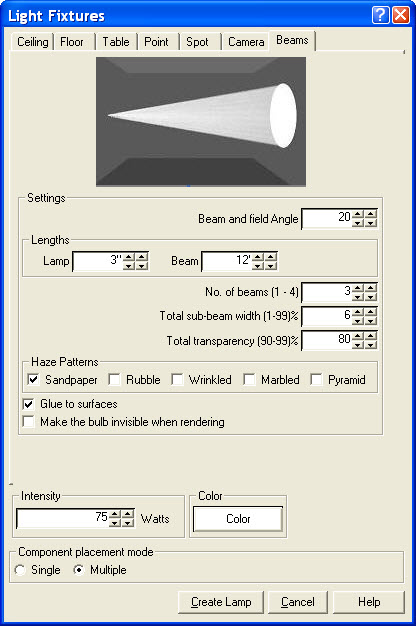 This should be long enough to pass through the wall or screen which receives the light paths.

No. of beams - creating 2 or 3 beams will produce a more realistic effect.

If you use multiple beams, see: Refraction issues below.

Total sub-beam width - the percentage of the full beam angle which is divided between multiple sub-beams.
Total Transparency - this is divided by the number of beams.
Haze Patterns one or more patterns can be applied to emulate a haze effect. See: Procedural Bump Patterns below.

You may select one or more patterns to place on the light beam.

The patterns are all created with default strengths and other settings. If you want to modify them, right click on the beam and edit its material directly. 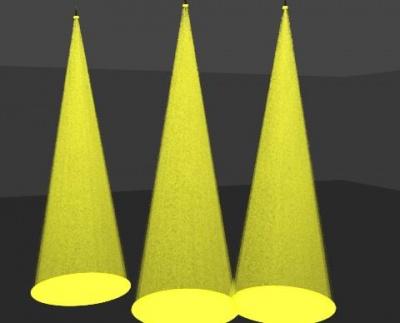 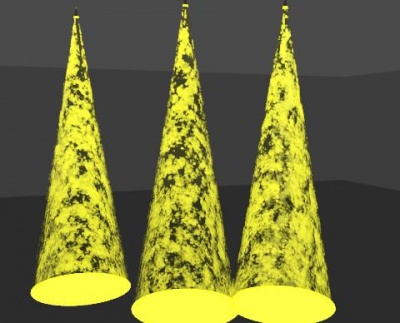 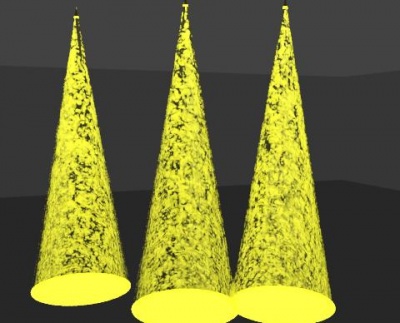 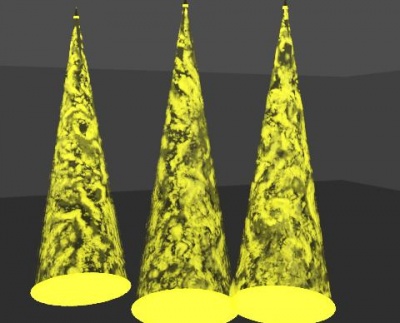 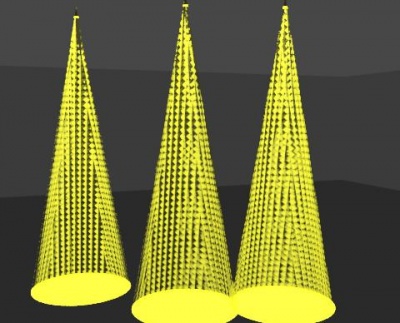 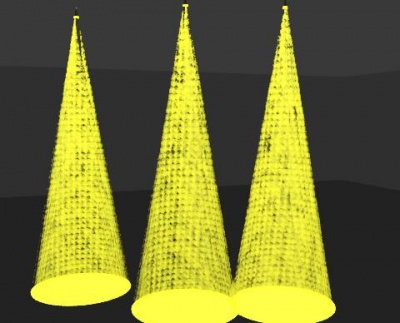 All 5 patterns on light beam.

There is a setting in IRender nXt, Refraction Bounces, which determines how many transparent surfaces will be processed for transparency and refraction. The default for this setting is 6.

Refractive Bounces on the Render tab of the Setup Dialog. 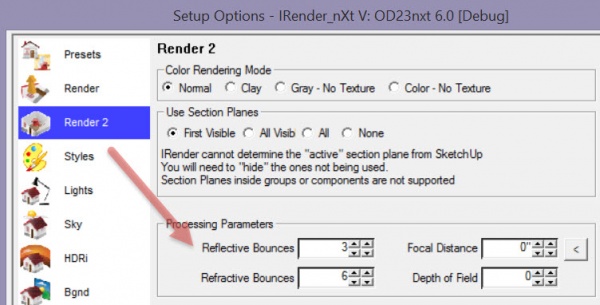 Similarly, if you were to place 6 sub-beams in a single light, then 12 refraction passes would be required to see lights and colors from behind the 12 surfaces. 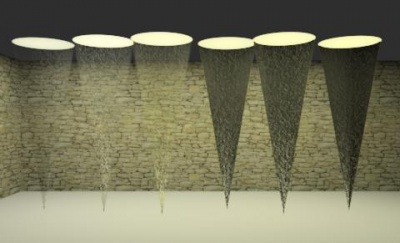 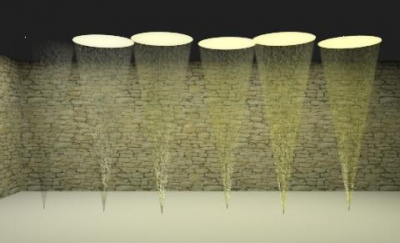 The lamps with 4 or more sub-beams are now transparent.
However it took longer to render.

Note: It there are visible light paths behind each other you will need even more refractive bounces.