and the solution using IRender nXt

Keywords:Speckled Lines of Light Leaking through Walls and the Solution using IRender nXt

In the Render Plus Forum an IRender nXt user posted a question about a common problem — in his rendering he was getting white speckled lines around the edges of walls and the ceiling. 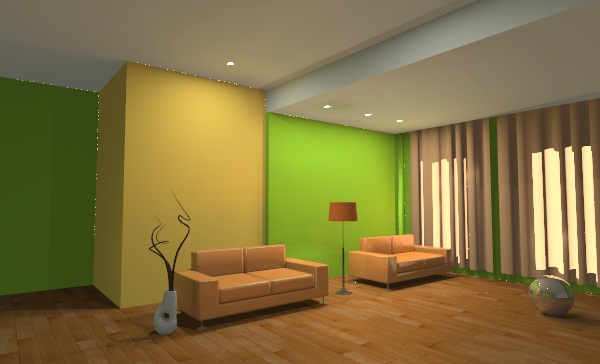 After examining his model, we discovered he had walls made of a single face rather than thick walls, with dimension.

If the geometry is rectangular and perpendicular, there is usually not a problem. However, if any of it is at an angle, light can slip through. Single face walls often leak light through the corners where two walls meet.

Here is another rendering of the model after adding faces behind the walls and above the ceiling. 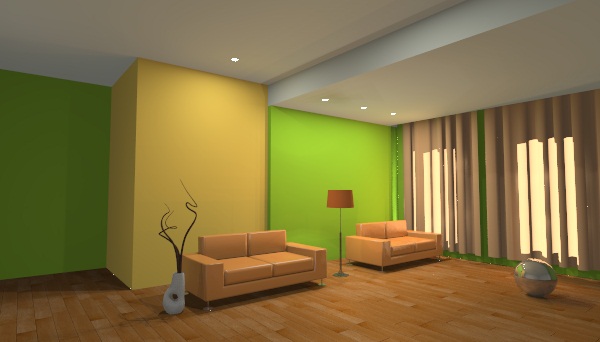